Who we work with

Understanding the Dimensions of Your Wealth

What is the Cause of Recent Volatility in Global Stock Markets? 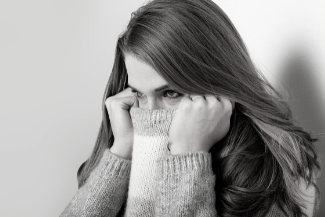 Since the start of 2022 we have seen an acceleration in inflation all around the world. The US reported 8.6% last week, the UK reported 9.0% last month and in Australia RBA Governor Lowe warned this week that inflation would hit 7% by December.

Compounding the high inflation has been the war in Ukraine, which has put supply constraints on non-discretionary items like energy and food, and a zero-Covid policy in China which has restricted movement in global supply chains.

Australia’s Reserve Bank Governor said that the bank would continue making further moves to restore rates to at least neutral. Governor Lowe did also highlight that the underlying health of the economy means that he expects that we should be able to sustain the higher rates to come.

However high inflation means that interest rates are rising faster and higher than originally forecast. Central banks around the world – including the RBA – are now in a situation where they have to engineer a slow-down in demand to contain inflation, while trying to maintain economic growth and not push their economies into recession.

The sharp decline in markets is driven by a fear amongst investors that the move away from emergency era interest rates will go too far, with the prospect of recession already being priced in by many as an inevitable outcome.

Only time will tell if that prediction is too gloomy. While the situation will remain uncertain for a period of time, it is clear that equity markets – which have been enjoying a prolonged bull market since March 2009 – are now returning to fundamentals where profits, cash flows and solid balance sheets matter.

As always, in times of market volatility the best way to manage investments is to stay disciplined. Reacting impulsively to daily market movements is almost always counterproductive.

Whether you have significant financial resources and question the meaning of success, or you’re wondering whether being that little bit wealthier will make you happier, this is the podcast for you. The It’s Never About Money site is also a hub for money related blogs and education.

listen to the podcast on